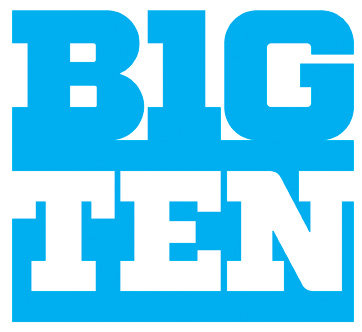 February is Black History Month and as such, I’ve compiled 10 of the most influential musicians (in no particular order) from the last century to honor and celebrate Black History Month.  There are so many to choose from……. here are my Top 10 that have been a huge part of my upbringing as well as my favorite single by each artist. Enjoy and please feel free to comment with your own favorites!

Robert Leroy Johnson (May 8, 1911 – August 16, 1938) was an American blues singer and musician. His landmark recordings from 1936 to 1937 display a combination of singing, guitar skills, and songwriting talent that has influenced later generations of musicians. Johnson’s shadowy, poorly documented life and death at age 27 have given rise to much legend, including the Faustian myth that he sold his soul at a crossroads near Dockery Plantation to achieve success, where today, stands a copper statue of Johnson himself. As an itinerant performer who started mostly on street corners, in juke joints and at Saturday night dances, Johnson is now recognized as a master of the blues, particularly of the Mississippi Delta Blues style. He is credited by many rock musicians as an important influence; Eric Clapton has called Johnson “the most important blues singer that ever lived.” Johnson was inducted into the Rock and Roll Hall of Fame as an “Early Influence” in their first induction ceremony in 1986.

Michael Joseph Jackson (August 29, 1958 – June 25, 2009) was an American recording artist, actor, producer, dancer, businessman, and philanthropist. Often referred to by the honorific nickname “The King of Pop” his contributions to music, dance, and fashion, along with his publicized personal life, made him a global figure in popular culture for over four decades. Jackson has won hundreds of awards making him the most-awarded recording artist in the history of popular music. In what would have been Jackson’s 52nd birthday on August 29, 2010, he became the most downloaded artist of all time. The eighth child of the Jackson Family, he debuted on the professional music scene along with his brothers as a member of The Jackson 5 in 1964, and began his solo career in 1971. In the early 1980s, Jackson became a dominant figure in popular music. The music videos for his songs, including those of “Beat It”, “Billie Jean”, and “Thriller”, were credited with breaking down racial barriers and with transforming the medium into an art form and promotional tool.

Etta James (born Jamesetta Hawkins; January 25, 1938 – January 20, 2012) was an American singer-songwriter. Her style spanned a variety of music genres including blues, R&B, soul, rock and roll, jazz and gospel Starting her career in 1954, she gained fame with hits such as “The Wallflower”, “At Last”, “Tell Mama”, “Something’s Got a Hold On Me”, and “I’d Rather go Blind” for which she wrote the lyrics. She faced a number of personal problems, including drug addiction, before making a musical resurgence in the late 1980s with the album “Seven Year Itch”. James is regarded as having bridged the gap between rhythm and blues and rock and roll, and is the winner of six Grammys and 17 Blues Music Awards. She was inducted into the Rock and Roll hall of Fame in 1993, the Blues Hall of Fame in 2001, and the Grammy Hall of Fame in both 1999 and 2008. Rolling Stone ranked James number 22 on their list of the 100 Greatest Singers of All Time and number 62 on the list of the 100 Greatest Artists.

My Fav: I’d Rather Go Blind

James Marshall “Jimi” Hendrix (born Johnny Allen Hendrix; November 27, 1942 – September 18, 1970) was an American musician, singer, and songwriter. Despite a brief mainstream career spanning four years, he is widely regarded as one of the most influential electric guitarists in the history of popular music, and one of the most celebrated musicians of the 20th century. The Rock and Roll Hall of Fame describes him as “arguably the greatest instrumentalist in the history of rock music.” Born in Seattle, Washington, Hendrix began playing guitar at the age of 15. In 1961, he enlisted in the US Army; he was granted an honorable discharge the following year. Soon afterward, he moved to Clarksville, Tennessee , and began playing gigs on the chitlin’ circuit, earning a place in the Isley Brothers’ backing band and later with Little Richard, with whom he continued to work through mid-1965. He then played with Curtis knight and The Squires before moving to England in late 1966 after being discovered by bassist Chas Chandler of The Animals. Within months, Hendrix had earned three UK top ten hits with the Jimi Hendrix Experience: “Hey Joe”, “Purple Haze”, and “The Wind Cries Mary”.The world’s highest-paid performer, he headlined the Woodstock Festival in 1969 and the isle of Wight Festival in 1970 before his accidental death

My Fav: Castles In The Sand

Ray Charles Robinson (September 23, 1930 – June 10, 2004) was an American singer-songwriter, musician and composer known as Ray Charles. He was a pioneer in the genre of soul music during the 1950s by fusing rhythm gospel, and blues styles into his early recordings with He also helped racially integrate country and pop music during the 1960s with his crossover success on ABC Records, most notably with his Modern Sounds albums. While with ABC, Charles became one of the first African-American musicians to be given artistic control by a mainstream record company. Frank Sinatra called Charles “the only true genius in show business”, although Charles downplayed this notion. The influences upon his music were mainly jazz, blues, rhythm and blues and country artists of the day such as Art Tatum, Nat King Cole, Louis Jordan, Charles Brown, and Louis Armstrong. His playing reflected influences from country, barrelhouse and stride piano styles.

My Fav: Georgia on my Mind

Robert Nesta Marley 6 February 1945 – 11 May 1981) was a jamaican singer-songwriter who achieved international fame through a series of crossover reggae albums. Starting out in 1963 with the group the Wailers, he forged a distinctive songwriting and vocal style that would later resonate with audiences worldwide. The Wailers would go on to release some of the earliest reggae records with producer Lee Scratch Perry After the Wailers disbanded in 1974, Marley pursued a solo career which culminated in the release of the albumExRobert Nesta Marley (6 Februaodus in 1977 which established his worldwide reputation. He was a committed Rastafarian who infused his music with a profound sense of spirituality. On 21 May 1981, Jamaican Prime Minister Edward Seaga delivered the final funeral eulogy to Marley, declaring: “His voice was an omnipresent cry in our electronic world. His sharp features, majestic looks, and prancing style a vivid etching on the landscape of our minds. Bob Marley was never seen. He was an experience which left an indelible imprint with each encounter. Such a man cannot be erased from the mind. He is part of the collective consciousness of the nation”

My Fav: Gin and Juice

Riley B. King (born September 16, 1925), known by the stage nameB.B. King, is an American blues musician, singer, songwriter, and guitarist. Rolling Stone magazine ranked him at No. 6 on its 2011 list of the 100 greatest guitarists of all time (previously ranked No. 3 in the 2003 edition of the same list), and he was ranked No. 17 in Gibson’s “Top 50 Guitarists of All Time”. According to Edward M. Komara, King “introduced a sophisticated style of soloing based on fluid string bending and shimmering vibrato that would influence virtually every electric blues guitarist that followed.” King was inducted into the Rock and Roll Hall of Fame in 1987. He is considered one of the most influential blues musicians of all time, earning the nickname “The King of Blues”, and one of the “Three Kings of the Blues Guitar” (along with Albert King and Freddie King). King is also known for performing tirelessly throughout his musical career appearing at 250-300 concerts per year until his seventies. In 1956 it was noted that he appeared at 342 shows. King continues to appear at 100 shows a year.

My Fav: Rock Me Baby

Stevland Hardaway Morris (born May 13, 1950 as Stevland Hardaway Judkins), known by his stage name Stevie Wonder, is an American musician, singer-songwriter, record producer, and multi-instrumental. A child prodigy, he has become one of the most creative and loved musical performers of the late 20th century. Wonder signed with Motown’s Tamla label at the age of eleven and continues to perform and record for Motown as of the early 2010s. He has been blind since shortly after birth.  Among Wonder’s works are singles such as “Superstition”, “Sir Duke”, “You Are The Sunshine of My life” and “i Just Called To Say I Love You”; and albums such as talking Book, Innervisions and Songs In The key of Life. He has recorded more than thirty U.S. top ten hits and received twenty-two Grammy Awards, the most ever awarded to a male solo artist, and has sold over 100 million albums and singles, making him one of the top 60 best selling music artists Wonder is also noted for his work as an activist for political causes, including his 1980 campaign to make martin Luther King Jr..‘s birthday a holiday in the United States. In 2009, Wonder was named a United Nation’s Messenger of Peace In 2008, Billboard magazine released a list of the Hot 100 All Time Greatest Artists to celebrate the US singles chart’s fiftieth anniversary, with Wonder at number five.

My Fav: You are The Sunshine Of My Life

Carlton Douglas Ridenhour (born August 1, 1960), better known by his stage name Chuck D, is an American rapper, author, and producer. He helped create politically and socially conscious rap music in the mid-1980s as the leader of the rap group public Enemy.About.com ranked him #9 on their list of the Top 50 MCs of Our Time, while The Source ranked him #12 on their list of the Top 50 Hip-Hop Lyricists of All Time. Chuck D is known for his powerful rapping voice – How to Rap says, “Chuck D of Public Enemy has a powerful, resonant voice that is often acclaimed as one of the most distinct and impressive in hip-hop” Chuck D says this was based on listening to Melle Mel and sportscasters such as Marv Albert.  Chuck D often comes up with a title for a song first and that he writes on paper, though he sometimes edits using a computer. He also prefers to not punch vocals, and he prefers to not overdub vocals. Chuck D is married to Gaye Theresa Johnson, an associate professor in the Department of Black Studies at the University of California , Santa Barbara

My Fav: Don’t Believe the Hype